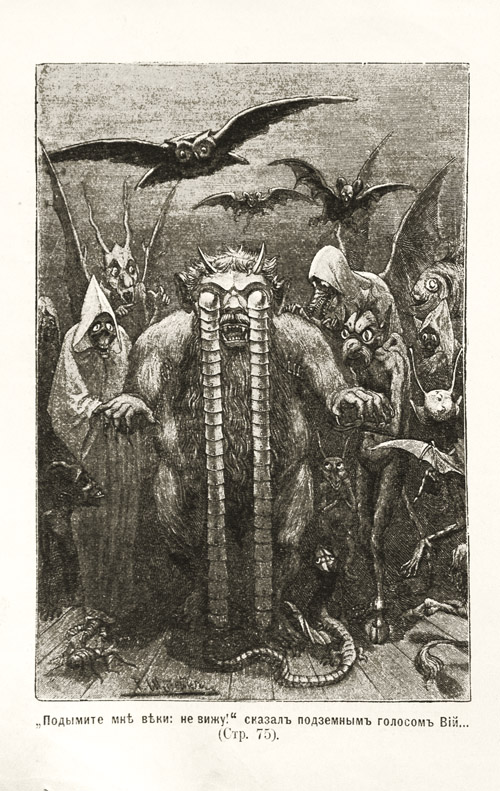 Nikolai Vasilievich Gogol, Мико́ла Васи́льович Го́голь, was born on March 31st, 1809 and died on March 4th, 1852. He was a Russian novelist and playwright of Ukrainian origin. While he critiqued the Russian elite and corrupt politicians in his work, he also has a romantic sensibility with strains of surrealism and the grotesque.

We will be reading his short work, Viy about a seminary student who has an encounter with a witch.

Gogol wrote, Viy is a colossal creation of folk imagination. This name is applied by people in Little Russia to the chief of the gnomes, whose eyelids reach to the ground. The whole story is a popular legend. I did not wish to change it in any way and tell it almost as simply as I heard it.

We will meet in the La Biela in Plaza Francia, Recoleta on Thursday, February 20th at 19:30 to talk about Gogol’s short story.

You can download Viy here in PDF: Viy by Nikolai Gogol

If you would like to join our meeting, please send us an email so we can expect you and save you a place at the table. cafeliterarioba@gmail.com